PLAN YOUR TRIP AT WHITEFACE

Improvements, more improvements and now even more improvements. That’s just what Whiteface has done in the past 3 years. The resume is as impressive as Whiteface’s views at a peak height of 4416′ (the look out off of little Whiteface is not too shabby either at 3676′)!

Here’s what has been going on in the past few seasons: Cloudsplitter Gondola, base to the top of Little Whiteface in 8 minutes! The new high speed Quad from the base to the top of Valley Run in 6 minutes. New gladed areas to ski & ride, a redesigned *Terrain Park 1/3 mile long and more and more snowmaking. Skiers and riders just starting out can enjoy trails where they can work on making turns and not get stuck on a trail that they don’t want to be on. Intermediates and experts can enjoy trails like Excelsior, Northway and Skyward. Novice skiers and riders if you are considering taking a lesson, Whiteface is the place to do it. The school is outstanding and will have you ripping down the slopes in no time! *Last winter, Whiteface Mountain worked to design an all new park consisting of 10 kickers ranging from 10-55?, two hips, two spines, four rails, three picnic tables and several rollers. In all, some 25 features, which accommodate all levels of riders & skiers, are now offered.

Cross-country skiers can enjoy 50 kilometers of groomed and set track through the Adirondack Forrest. For those who did not get enough fun or adrenaline flow on the slopes they can roar (or scream) down an ice covered chute in an Olympic bobsled or pilot a Rocket Luge. Try to hang on to that chili you had for lunch! Spend apres-ski at the Cloudspin Lounge on the mountain. Slide on in to the live entertainment and/or DJ.

For dinner the options are endless. What are you in the mood for, because Lake Placid has it all There’s the Cottage, The Great Adirondak Steak & Seafood Restaurant, Charlie’s, the Nicola’s, Mr. Mike’s, Bazzi’s Pizza, the LP Brew Pub. If a more laid back activity is what you seek the four ice skating rinks allow for graceful gliding. Hockey fans can see where the ‘1980 Miracle on Ice’ came true. Talk about chills! In addition to that dogsled rides and toboggan rides are also available. As for nightlife, there’s Delta Blue, Roomers, Zig Zags, Wiseguys and The Lake Placid Brew Pub. If you can’t have fun in a place like this’check your pulse.

Below are the dates for our Self Drive trips to Whiteface Mountain/Lake Placid for New Jersey Family Ski Club. Rooms are limited and we expect to sell out.
Please select the date you are interested in below. 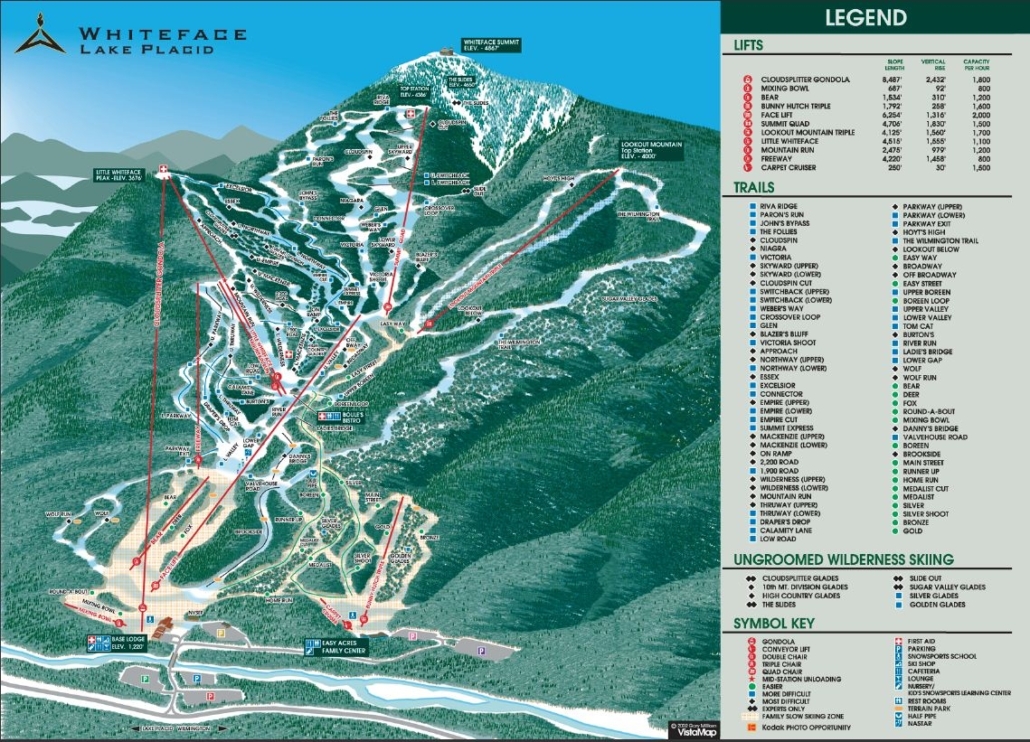